In the Andes of Peru the cosmogony of the Incas associated with a wedding is highly mystical and sacred, so it does all the ritual performed by an Andean priest (Chaman), along with all the forces of nature. For also, in this act, are all the Sacred Deities considered by the Andinos as the Andean Duality that is composed by the APUS (Mountain Spirits), which represent the masculine side and THE PACHA MAMA (Mother Earth) representing the Woman along with them the Water as an element that represents the Purity and the Fire that symbolizes the Way or the Force. For many centuries the Andean people, continuing the traditions of their descendants the Incas, keeping the practice of these ceremonies, since they consider as Sacred the perfect union between man and woman, so that they prosper and leave their happiness in hands of the PACHAMAMA who provides them with both material and immaterial abundance and of course the protection of the APUS who are guardians against any enemy who desires evil for the couple the sole witnesses of this magical and sacred union.

ORGANIZATION OF THE CEREMONY:

The Andean marriage ceremonies begin in the morning, moving to the place where we will perform the sacred ceremony only in the course of the morning. The ceremony will begin at least at 9 am and lasts between 3 and 4 hours. The purification and flowering ceremony will be held for the couple with pure water from a mountain spring plus sacred flowers from the area followed by the ceremony of the 4 elements: Water, fire, air, important land also the offering or office to PACHAMAMA (mother earth) the ceremony is complemented by a series of activities to confine the union of the couple to our Andean deities, which are:

CHURACUY RING: (ring setting) rings should be of silver or gold no matter if they are bathed by which each of these metals has a meaning that was revealed in the Andean ceremony.
SUCHI TIYRAY: In this case there are a series of exchanges of clothes between the present men and women the type of product to be exchanged will be explained to you by our team Andean Encounters since each product has a special meaning that you will know completely at the ceremony.
TINKAY: (Toast of honor) This ceremony is made with our Andean drinks that serve to fortify the marital union since then they can also request the service of ancestral espiritual beverage  like (Wachuma and Ayahuasca).

MERIENDA: (buffet) in this act the food is based on local products a plate of the background to the election of the bride and groom (part of the optional ceremony) 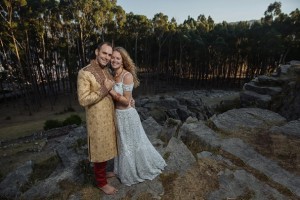 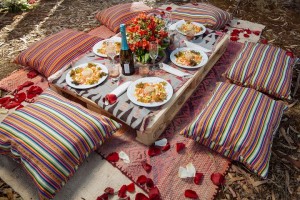